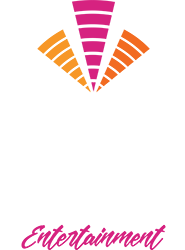 Our Salute To Love Entries That Receive A Special Military Discount

We are proud to offer the following Military couples an extra discount for their weddings through our Salute To Love Contest!  Here are their love stories: Mike & Lisa:  “Mike and I met online, playing games on pogo.com. We talked online and over the phone for 9 months. He came from NY to meet me and ended up staying. After four years together, his proposal was the best part. I recently started making homemade jewelry. He got the bright idea that he could polish rocks and drill holes into them for me to use as pendants. Since he’s always in a field somewhere he’s always picking up rocks and showing me these beautiful agates and such. On my birthday this year I had to work. When I got home he was grilling us steaks for supper and had left two cards atop my laptop. So I set to reading while finished cooking. In tears after the beautiful words in both cards, he said he had to show me some beautiful agates he’d found. Distracted by a post my sister had posted on Facebook I was half listening to him as he showed me rocks. The first one was kind of plain, I held out my hand for the second rock, still reading my sisters post when he placed another in my hand. Feeling a big difference and finishing my sisters post I looked at my hand and the rock in it and exclaimed what is this? He had placed an engagement ring in my hand instead of a rock. Then he proposed.” Jeanne & Wesley:  “Wesley is a veteran and served over ten years in the army. I was a small town girl looking for mr right. Wesley had his fair share of wrong woman and I’ve had my share of the wrong men. Our mutual friends one evening decided that Wesley and I would make the perfect couple so they set us up. At the time I had it with dating and was about to give up. Wesley told me that he would win me over, and that is exactly what he did. From pictures of my name on the back seat of his Harley, to flowers, to homemade cards, and so on he had won me over. Not only did he win me over he won my four year old daughter over. We haven’t been dating long and when he came back from Vegas from a friends bachelor party he decided to take me for a drive. We stopped at the saint Croix river, and he told me all these stories about his past there, we walked down the trails and came upon a set of stairs leading down to the river. I was looking to my right and Wes grabbed my hand and pulled me towards him, he then proceeded to take something out of his pocket and get down on his knee. Tears were starting to come cause at that moment I couldn’t believe that the man of my dreams is asking me to marry him. Of course I said yes. Since then I have moved down to be with him and to bring our family closer. So much have changed in our lives for the best and I couldn’t have asked for a better man to share the rest of my life with. We have planned on a June 14th wedding.” Melly & fiance:  “It was in the summer of 2011, my fiancé and I met. We’ve lived in the same town but never crossed paths due to the age difference. Both graduated from Monticello Highschool, him in ’04 and myself ’11.
After my summer was coming to an end after I had graduated, I decided to join the military. I walked in the recruiting office and there was an attractive male, sitting there getting ready to sign up as well. He was telling the recruiter of how he’s always wanted to join but couldn’t because he didn’t want to leave his daughter alone. How sweet I thought. To me, it was an automatic attraction. And to him it was the same. I was so shy, I dropped off the paper work that I needed to turn in and ran away! I was scheduled to swear in the same exact date as him. So there we were, at MEPS swearing in. Oct 06 2011. We became battle buddies. Again, the attraction was there. He would tease me about how quiet I was, but I just didn’t want to say something and have him think I’m lame. I thought I would never see him again after, since he was an 11B infantry man and I was just a supply soldier.
Come the end of October, we had our future soldier training, and there he was again. I was so happy to see him. My heart kept skipping beats. I had realized that this man was growing more and more important to me. Again, he teased and we laughed.
He left for training a week before I did. We kept in touch through training and right when I got back, which was after he did, he kept insisting in hanging out. But I just couldn’t. I was too shy. He kept trying and trying and he finally convinced me. There was when our love began. Not even a year later, he took me out. There was a chef cooking our meal in front of us the whole time. Doing tricks with the food. Finally the chef says “I have one more trick but you have to catch the shrimp for me, so please cup your hands and hold them out”…I did as I was told, a little confused but I did it. The chef starts doing all these tricks with the shrimp and just as I thought he threw shrimp into my hands and looked, it was a ring box. I was so confused I didn’t know what to do. The chef told me to open it, so I did. It was empty. The chef told me to turn around and there he was, my infantryman, in one knee. He didn’t say your typical “marry me” line. He simply asked “Will you be my battle buddy until the day I die?”.
How could I say no!? Not only did my army values come in play, but so did my heart. I love him to this very day. We got engaged March 24, 2013.” Christopher & fiance:  “The proposal was amazing. We went to a church dinner with the church that we both go to, we were sat at the table with one of the pastors, and also the guest speaker that we had, I waited until after the main course to talk with the server about proposing to my girlfriend. The server was excited about my request to have a ring on one of the desserts, but the dessert was mini cheesecakes where the individual person chooses which one that they want from a tray. We came to the conclusion of me kneeling after my girlfriend choose her cheesecake, and pop the question. The only problem with me doing that was I forgot what I was going to say, and after a long silence I finally squeaked out, “will you marry me?” She of course said yes, to the question.” Stacy & Steven:  “me and Steven met soon after my uncle was deployed to save our country from terror. in the meantime Steve met all of my aunts and uncles but he never got the honor of meeting my uncle Eric until he got home from serving our country. I almost felt like I hid a family member from my fiancée the whole time we where dating. I always missed my uncle a lot and sometimes I would sit and think for hours how my uncle was doing and Steve never had none to any idea what I was going through until one day I told him and he always has had an understanding for me ever since then. its hard to having family members serving while you are being courted but Steve came from a military family so he was able to comfort me and become one of the best men and fiancées I’ve ever met in my life. our love for one another is like one in a million. at the same time I also had a cousin serving in the marines and an uncle in the army. I feel very thankful for them protecting me and our country.
I always knew that Steven was the one for me when we got together but one day he got sick and had an allergic reaction to some medication that the doctor gave him and he almost died holding my hand. I just knew at that moment that we where meant to bee. I’m so glad that the doctors where able to help him get over his allergic reaction because he has provided me and my family with much happiness. I cant wait to walk down the isle to be with him forever!” 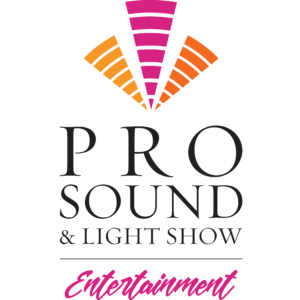